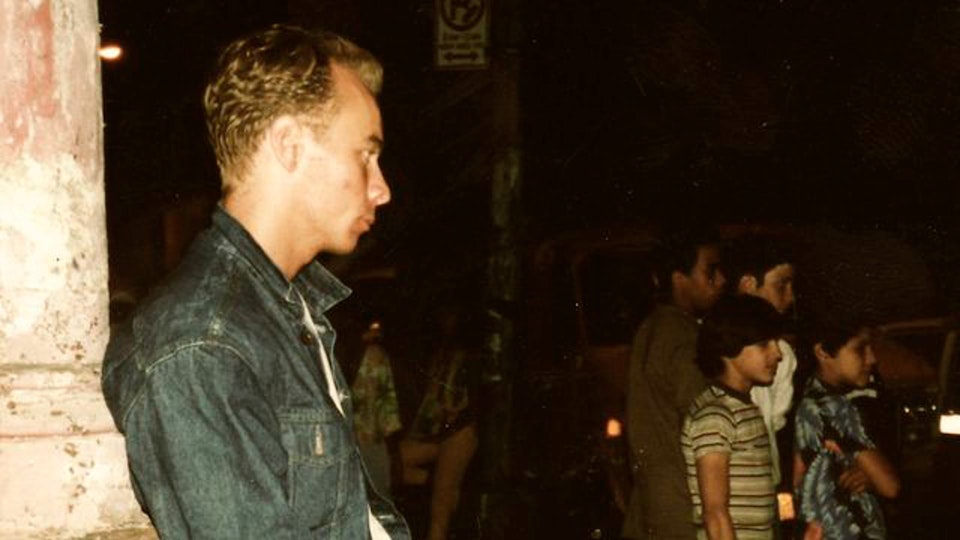 The The films across four decades...

The night we were filming in Spanish Harlem for "Out of the Blue," I was standing with my producer on the sidewalk as dusk filled the sky between the buildings. I kid you not, but a large rat came from out of a nearby construction site, where it proceeded to run around our feet before it fell to its back to begin convulsing. It literally was having an epileptic fit.

Whether or not this was some sort of divine warning about the night ahead, I don't know. Put it this way, the evening was a rollercoaster, as unbeknown to me I had chosen to film on one of the heaviest blocks of Manhattan, due to our proximity to a major drug dealer.

Eventually, the NYPD cops guarding us had decided they had to pull out, as the atmosphere beyond midnight had begun to be a bit hairy. Whatever, we filmed on regardless, as I had more shots to do to finish the video.

Some time later, we rolled into a working brothel deeper into Harlem to continue to film, and this forms the end sequence of the video, where we encountered the elderly lady in the doorway.

As a body of work, my films for The The sit towards the top in terms of my affection. Not only do I think some of the films in their time were ground-breaking, but Matt is one of my dearest friends to this day.

Across four decades, I made many videos with the band, starting with the mid-eighties and the release of the million-selling "Infected" album.

So, here we have "Out of the Blue," whose making I just told you about...

Finally, our latest effort, the as yet (in 2020) incomplete film of The The's "comeback special" at London's iconic Albert Hall. (Actually, the 2nd time I filmed the band there, as we did the "Versus the World" concert film in the '80s.)

I have also added a short documentary film made by Jake Bickerton to mark Matt's and my appearance at the ICA in London in 2017 to talk about the "Infected" film.