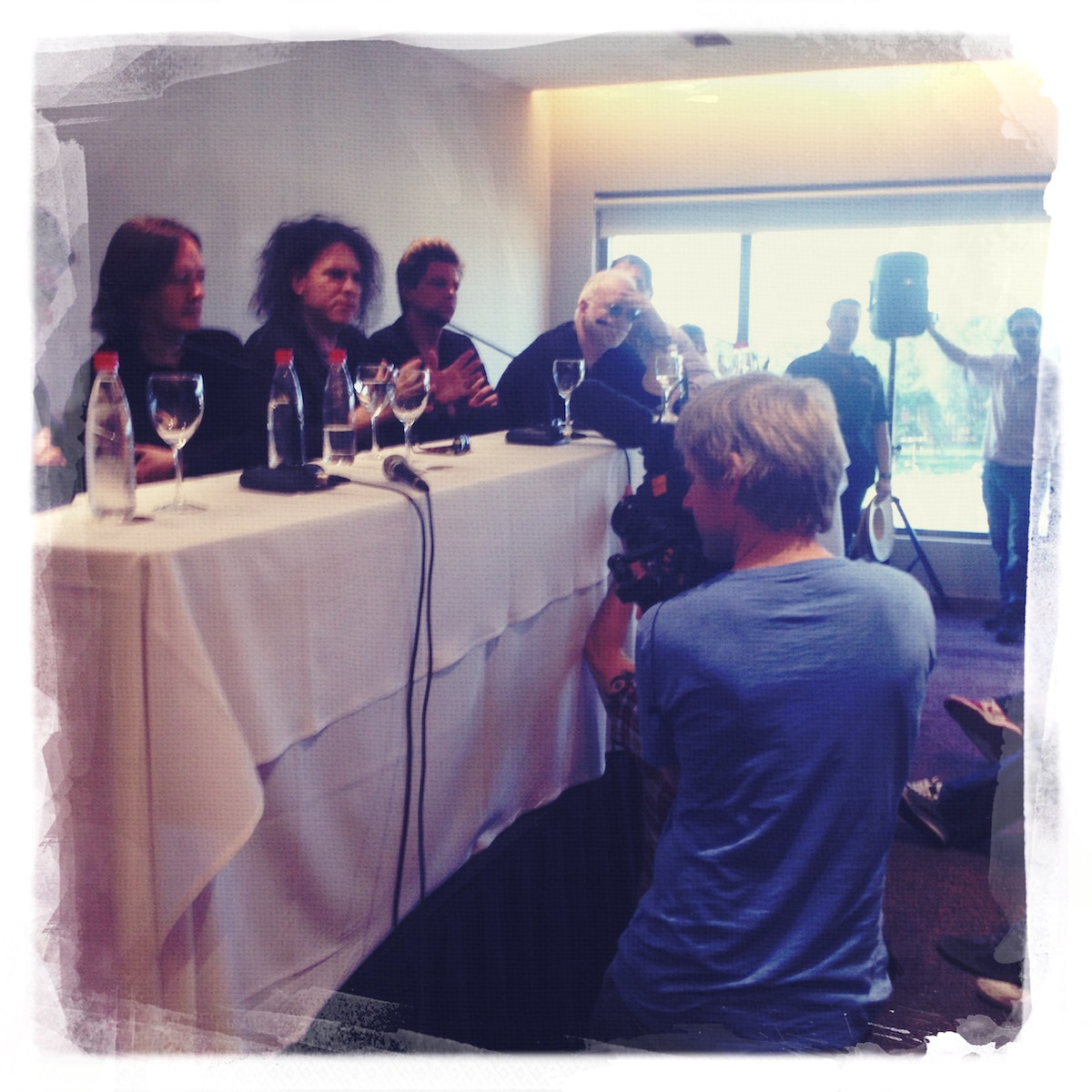 TOURING WITH THE CURE

Well, seeing this is my 'first tour,' it might as well be with The Cure. I have filmed many concerts in my life - Neil Young, Iggy Pop, David Bowie (a few times), The The, 'The Cure In Orange' - but never quite anything like this and certainly never to this scale. I think we are going to have an exciting and amazing and insightful film at the end of it, filled with Cure music. The whole thing is fascinating to me and I am filming every second of it. The Cure themselves are being amazingly generous about allowing access with the cameras. We are capturing very intimate moments: what happens when a band comes off-stage, etc. Where do they go? What do they say? See the film when all this is finished and find out!!!! So far a few personal highlights for me have been... Well, first, the concerts themselves. The band are playing REALLY WELL I think. A mixture of 'tight' and still 'loose enough' to feel as if the songs were just written. (For me, I have many personal connections with the songs, as I made the videos!) As I am travelling with the band, some of the police escorts have been fun and recorded by me personally for you in 3D!!!! Meeting the fans has been lovely and so many of them have been very warm and welcoming to me in every town - which I did not expect. I have had an awful amount of photos taken with people I don't know. Possibly my least favourite moment so far was at the Asunción press conference, where I found myself suddenly (and unexpectedly) in the glare of the cameras and lights, when someone asked me what my favourite trees were in Paraguay. Well, the good news was that I had been out filming some trees that day. The band of course enjoyed thoroughly the moment of me being thrust into the spotlight and Robert captured it in 3D with a malevolent grin on his face I noticed later on the film I saw. My coy blushes will probably be very enjoyable in 3D. Anyway, must go... I am off today to film a slightly rainy Buenos Aires. Will be catching up with some more fans later and perhaps chatting with them on camera, etc. See attached the photo of Flemming, my cameraman, filming the press conference... and getting in all the shots of the other cameramen.