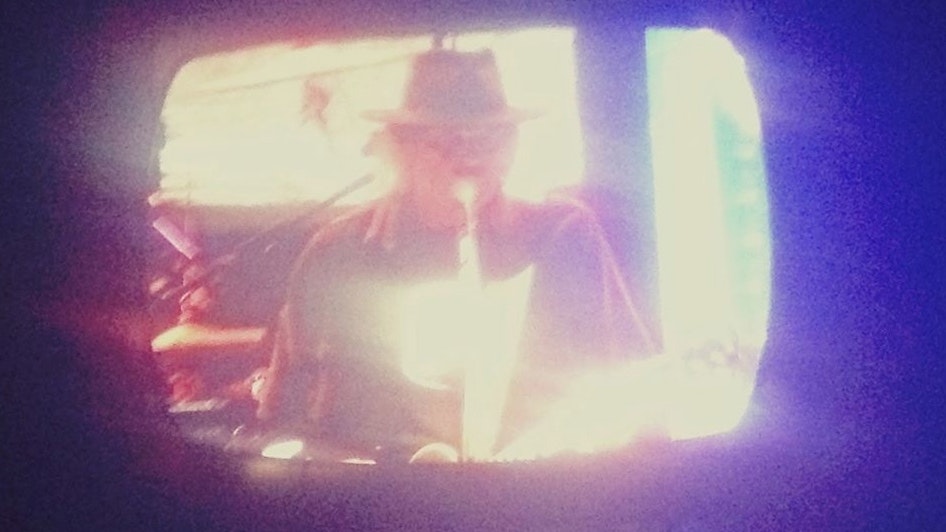 Went to see Neil and Crazy Horse at the 02 in London last week. Brilliant. Especially the 30-odd-minute version of "Fuckin' Up". Neil and the boys certainly seemed to be jamming their little hearts out on that one and laughing a lot. Just when you thought it had finished, it all cranked up again. Neil let me use "Fuckin'" up for the end titles of my film 'Phone', elsewhere on this site. Anyway, there was some pretty serious talk afterwards of me finally getting to cut a concert I shot with Neil in London at the Hammersmith show place - I want to say Odeon, because that's what it always was, but now is called something else. Watch this space on that one. It's the one I came out on stage and pissed off a load of people when I started waggling a camera on the end of a pole at Neil to get some amazing shots. Like shoving it underneath his guitar, Old Black, when he was in the heat of a mad solo. I spoke to Neil afterwards at that filmed show and he said at first it had scared the shit out of him (what I was doing), but after a few songs he got into it, and it served to make him do better with his performance. That was its intention, really. A sort of cattle prod, but with a camera instead of volts of electricity.